The SKIPPY tremolo is based on the vintage Vox Repeat Percussion. The original VRP is well known for it’s very hard, percussive tremolo sound, or chop. Certain combinations of speed settings and playing style can almost trick your ears into thinking that you are playing through a delay instead of a tremolo. For these reasons, the sound of this tremolo effect is often described as synth-like.

With additional controls and features, SKIPPY covers a much wider sonic range while still retaining all the character and bravado of the original VRP. Check out the video…

Another feature implemented in the PCB layout is a universal PCB footprint for the transistor in the oscillator section. By changing the value of one resistor and adding one additional resistor, the modern 2N6027 programmable unijunction transistor (PUT) can be easily programmed to function exactly like the old 2N2646 unijunction transistor (UJT). So the originally specified 2N2646 can easily be replaced with the modern 2N6027 without having to awkwardly bend the transistor leads around to achieve the proper pinout.

If you’re interested, you can find more info about UJT versus PUT at this site…
All About Circuits

It is worth mentioning that the two pedals pictured above sound completely identical. There is no additional mojo to be had by using the outdated, sometimes expensive and hard-to-find 2N2646 UJT. The modern, affordable and readily available 2N6027 PUT works great and sounds perfect. 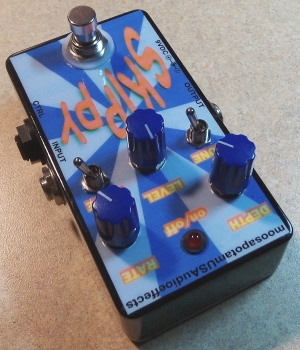 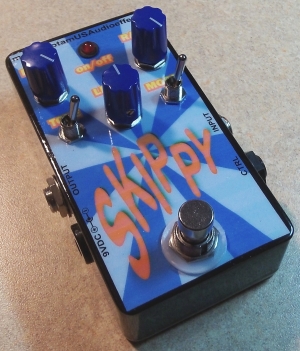